Make a donation
Please finish the form below

Thank you! Your submission has been received!

Oops! Something went wrong while submitting the form

Located in the Rongai District, Kenya, the Lemolo community is divided into two Internally Displaced Persons (IDP) camps: Lemolo A and B. The internally displaced persons include those who fled post-election violence in 2007, and those who were displaced from Mau Forest in Nakuru, the largest water source in Kenya. With a population of approximately 7,000 people and growing, KIDS has worked with the community to support several projects, with the most recent being the Borehole project.

Begun in 2016 as the Agriculture & Food Security Project, KIDS oversaw several phases of the project as we worked to ensure that the community had reliable access to water for drinking, agriculture, and daily use. After completing a Geological Assessment Report in 2018, construction of the borehole itself began. Drilling began in 2020 and the borehole became fully operational in August of the same year. With a pump powered by solar panels, the borehole project ensures that Lemolo and the surrounding community has sustainable and affordable access to clean water year-round.

The borehole is a permanent source of water in an area that experiences annual droughts, which previously forced individuals to travel for miles in search of water, often in risky environments. Now, inhabitants of Lemolo, as well as five other surrounding communities can access water from the borehole for an affordable fee, set by a locally-elected committee to cover maintenance costs. Water is also provided for free to three schools and local livestock. Reliable access to clean water has also sparked economic growth, with many individuals finding self-employment by transporting water to other communities.

When KIDS Initiative Founder and President, Cat Ross visited the site in May 2022, the community asked for additional help. Due to the incredible demand for water, they needed to upgrade their pump system, and now require additional solar panels to ensure that supply can meet demand. KIDS has plans to provide additional funding for this in the near future.

With the creation of the Borehole, KIDS Initiative helped the Lemolo IDP Camp achieve the 6th Sustainable Development Goal from the UN - Clean Water and Sanitation. 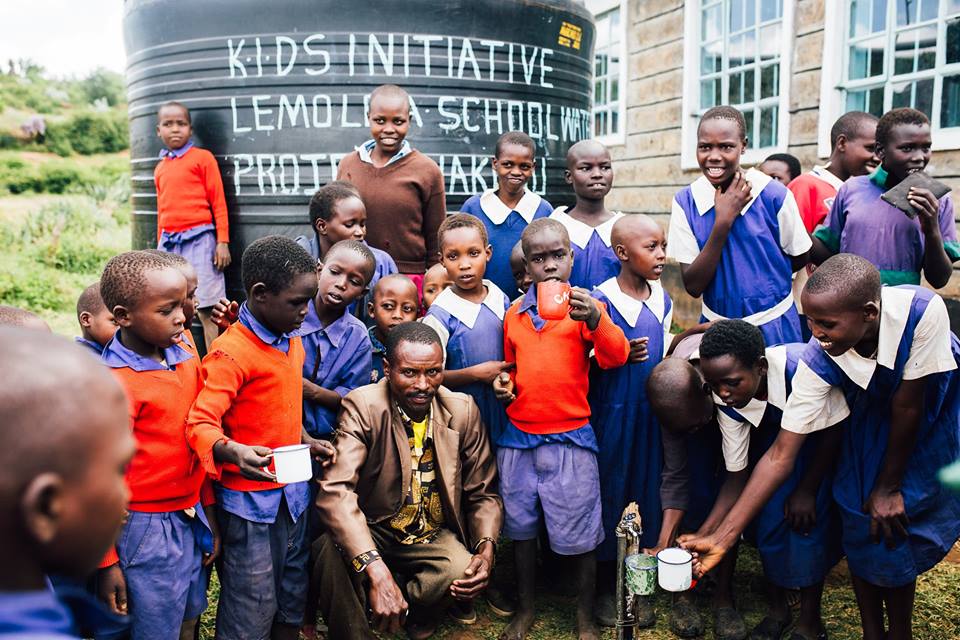